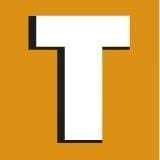 For a patch of Peak District moorland, Combs Moss is surprisingly quiet – and all the more so for being so close to Buxton and Chapel-en-le-Frith. Despite being roughly half the size of Kinder, it sees only a fraction of the visitors. This often rewards the intrepid walker with near solitude on this unexpected ‘proper’ small moorland. The walk straddles the edge  of an ‘industrial bite’ out of the National Park, with great views in all directions to the better-known hills of the north-western corner of the Peak District. The tiny village of Combs also hides an industrial secret.  I’d always wondered why brake pads  are sometimes called ‘brake shoes’.  After all they don’t wrap around ‘brake feet’ and they don’t touch the ground.

Just over a century ago, Herbert Frood  of Combs village was one of the first to  try to solve the problem of farmers and cart-owners struggling with primitive wooden brakes on the steep hills around the region. The brakes  had insufficient grip on  iron cartwheels, but local farmers had a solution –  old boots jammed into the brakes. Frood noticed this and developed the idea  into a braking product  that provided much better friction. So perhaps ‘brake shoes’ originate from  those old boots that inspired his designs?

Some local lingo: Combs is usually pronounced ‘cooms’, and ‘clough’ is  the local name for narrow valleys/ gullies. There is also an Iron Age hill-fort (Castle Naze) by the route, with archaeologically interesting ditched entrances. NB: Maps vary in exactly where they place Combs Edge on the north-west edge.

SK055794 From platform 1, use the crossing over the rail lines to exit through a white gate. Turn right almost immediately onto a gravel track (with simple gate). This reaches a deteriorated tarmac track. Follow this uphill for roughly 800m to Parkfield House. Cross the courtyard, and go uphill through one field to cross a lane. Continue steeply uphill on a grassy track to reach the north-west corner of Castle Naze.

SK052785 Turn left beside a wire fence and continue along the moor edge (you will now be following it for most of the rest of this walk). Cross a stile by the end of a ditch. This marks the moor side boundary of Castle Naze. A second stile by a wall comes roughly 300m later.

SK060781 The path splits briefly but either way works: leftwards is narrow and rougher, right is boggier and lacking views. Where they rejoin, cut across open moorland (on the continuing wider path) above a lower triangle of land to eventually meet the rising moor-edge wall.

SK063776 Much of the rest of the route now follows a wall of some description (mostly crumbling drystone). On the way to Black Edge trig point, look out beyond the scars of limestone quarries to see Kinder Scout, Rushup and Hucklow Edges. Pass a stone shelter and moorcrossing wall. (A useful short cut to the shooting huts at 8 if needed.) Descend gradually for just over 1km to reach the cloughs above Lightwood Reservoir.

SK054755 Stay right, where an incoming informal path from the reservoir joins via a gap in a wire fence. The path briefly detours from the wall to contour round the head of two streams, before rejoining the wall line.

SK047750 Bend right and pass directly under a small wind turbine. After roughly 1km continue straight ahead above a small line of gritstone crags. The wall briefly bears left to drop just below them, but soon returns to your level.

SK036762 Bend right as a small path joins from below. The edge path fades intermittently into bog as it winds its way along the long Combs Edge, but never disappears for long. Pass above a few steep gullies to the left; fantastic views across the Combs valley begin to open up. Cross a small clough, as you ascend the far side, the path reappears, and is mostly well-defined beside the wall for roughly 1km.

SK051768 Bend right in front of an old shooting hut and into the first of two deep incisions into the moorland edge, punctuated with several small cloughs. Dip slightly past a second hut to cross a small clough, then a larger one. Shortly after this the path becomes more of a vehicle track, much more clear as it bends sharp left at a third clough.

SK053771 Just after this bend, fork right off the track, to continue along the edge by a wall. The path bends right several times to exit the first deep incision and enter the second. Undulate across several small cloughs, dropping slightly below the wall, then the main stream head of the second deep incision provides a small challenge, with a somewhat awkward step down to enter and eroded path to exit. Continue nearer to the wall now and bend right.

SK055778 Cross a wall stile. The path now stays near the wall above the crags by Castle Naze. At SK053783 the path dips briefly. Just as the edge bends sharp right at the north-west corner, fork left and steeply down your incoming path to the lane. Cross this and retrace your steps to the station.