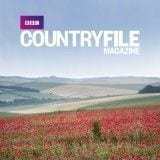 Charlotte Brontë is believed to have used the Peak District as the setting for her classic novel after a visit to Hathersage in 1845. The BBC’s acclaimed 2006 dramatisation featured Ruth Wilson as the eponymous Jane Eyre, the orphan girl who, against all the odds, forges a relationship with tormented hero Edward Rochester. Filming took place at Bolsover Castle and Haddon Hall, while many of the stunning outdoor scenes were shot on Stanage Edge, the four-mile long gritstone escarpment above Hathersage, better known for its climbing.

(1) From the roadside parking at Hook’s Car, follow the popular path to the south-eastern end of Stanage Edge and turn right. Take the rocky track across the moor, crossing the road to reach Burbage Bridge car park. Go through the gate and take the upper path on the right, to the summit of Higger Tor.

(2) Turn around and take the wide path (north-west) back down to the road. Go right, then quickly left, for a path down the bottom of a small side valley. When you finally emerge on a bend in the road, go left, then take the gated track on the right up to Toothill Farm. Just before the buildings, go left, diagonally down across pasture, and follow the tree-lined ditch downhill to join a driveway. As you approach a house, go right at a footpath sign.

(3) Veer left beside a fence, then after 100m go right again down a steep, stepped path to cross a stream. In the open field opposite, veer right at the waymark for a route across the fields above Cowclose Farm until finally you drop down to a lane. Go left, past the campsite entrance, then right up the drive to North Lees. It’s believed that Brontë used this handsome, late-16th-century manor house as the model for Thornfield Hall, where Rochester’s demented wife was locked away in the attic.

(4) Continue up the hillside on the main track, and after woodland, go left on the road by the toilet block. Take the bridleway opposite, up through a small plantation, on to the top of Stanage Edge. There are stunning views across the Dark Peak from the path along the top, with miles of wild moorland, such as those where Jane Eyre is found wandering, destitute, after her wedding to Edward Rochester is called off. To return to the start turn right along the edge-top path.

Moorland tracks and field paths, some rocky and potentially muddy.

How to get there

By car: From Sheffield take the A625/A6187 to Hathersage, then turn
right on to School Lane for Stanage Edge.

A couple of miles to the south is the National Trust’s Longshaw Estate, with moorland walks and the spectacular ancient woodland of Padley Gorge. Open all year.