The picturesque town of Ashbourne is known as the Gateway to the Peak District, and it is certainly the perfect base from which to explore the spectacular White Peak countryside.  The town of Ashbourne itself has lots to offer the visitor too, with beautiful architecture, plenty of independent shops and lovely cafés.

Ashbourne in Derbyshire, a busy market town and gateway to the Peak District

Ashbourne is a town steeped in history.  The magnificent St Oswald’s Church was built in around 1220 and its towering spire can be seen from pretty much everywhere in the town, standing at 215ft tall.  Ashbourne was granted a charter for a market in 1257 and a market still takes place twice a week in the quaint cobbled town centre.

Evidence of Ashbourne’s history is literally around every corner, with a wealth of beautiful, ancient buildings lining the narrow streets.  The Old Grammar School is well worth stopping to admire.  It was founded in 1585, after a group of townspeople convinced Queen Elizabeth I of the need for an educational establishment in the town, and it remained in use for over 300 years, with boys aged 6-9 years receiving lessons there until 1903.  There are also a number of picturesque 17th and 18th Century almshouses throughout Ashbourne, including Owlfield’s Almshouses, Pegg’s Almshouses and Spalden’s Almshouses. 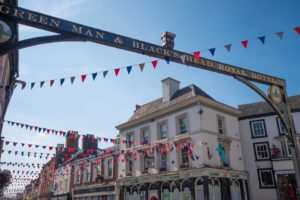 During the Georgian period Ashbourne was a popular stopover point for travellers, with no fewer than six main coaching routes converging here.  As a result, the town boasts many fine Georgian houses and coaching inns, the most famous of which was probably the Green Man and Black’s Head Royal Hotel, built in the 1750s.  As well as providing the hungry coach travellers with food and ale, it also served as the Magistrates and County Court for Ashbourne.  The rare ‘gallows’ sign for the inn still stretches over St John’s Road, with the face smiling on one side as the visitor enters the town and looking sad on the other side as the visitor leaves.

Ashbourne in Derbyshire today is a vibrant town with plenty of interesting shops to browse around, as well as a great collection of cafes and pubs to refresh visitors afterwards.  The Memorial Garden on the edge of the town, complete with stream and duck pond, is the perfect spot to escape the hustle and bustle or enjoy a picnic. 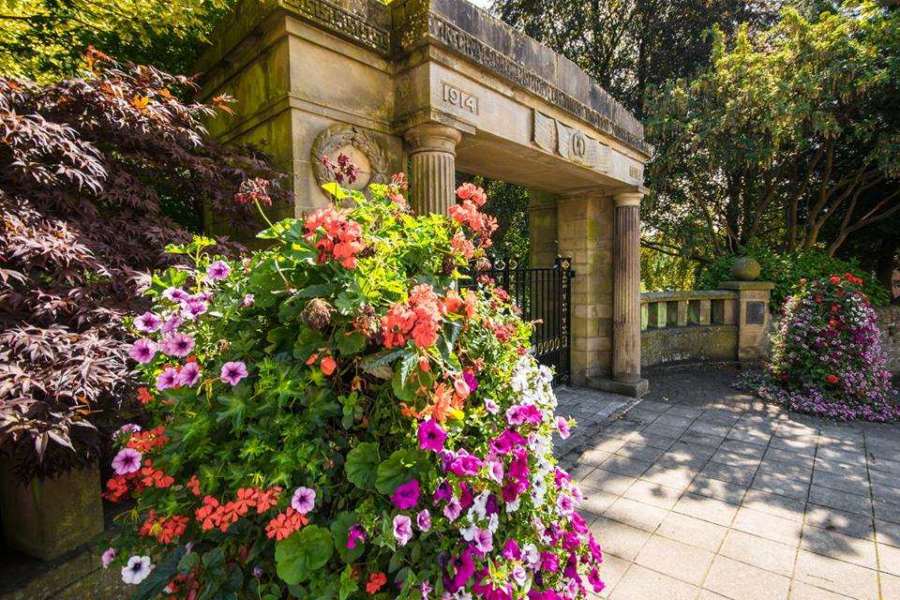 Ashbourne in Derbyshire is famed throughout the Peak District, and indeed throughout the whole country, for the ancient tradition of Royal Shrovetide Football.  Bearing little resemblance to actual football, this is a game played every Shrove Tuesday and Ash Wednesday in February, involving hundreds of players, where one half of the town plays the other half.  The goals are 3 miles apart and the large ball – which is traditionally painted by local craftspeople – can be kicked, carried or thrown through the streets.

As pretty as the town is, part of the beauty of Ashbourne in Derbyshire undoubtedly lies in its spectacular location.  It is located on the southern edge of the Peak District National Park amid the rolling hills of the White Peak, very close to the stunning area of Dovedale and the very pretty village of Ilam, both of which should feature on the itinerary of any visitor to the town. 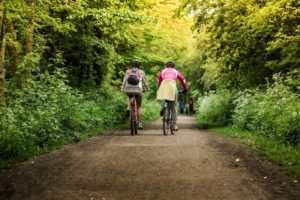 Outdoor enthusiasts will also love the fact that the Tissington Trail starts on the northern edge of the town.  A former railway line, the 13 mile long trail stretches from Ashbourne to Parsley Hay, taking in some of the most spectacular White Peak countryside along the way.  It is hugely popular with walkers, cyclists and horse-riders, and rightly so.

Another treat for walkers is the Limestone Way, which passes very close to Ashbourne.  This challenging 46 mile long trail starts in Rocester and ends in Castleton, passing through a collection of truly beautiful Peak District villages. 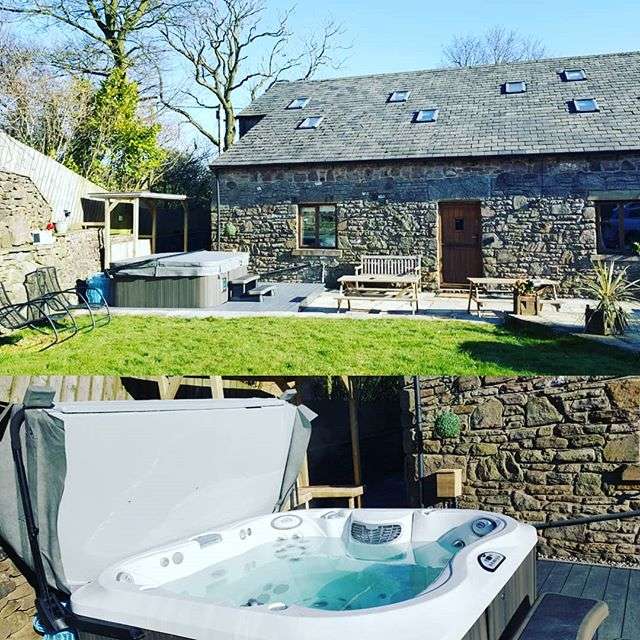