“…We don’t actually inhabit lawless bandit country here in Derbyshire … it’s one of the safest counties around, but every crime is one too many and that’s what we’re here to address.”

In this brilliant article, PC Karl Webster tells us all about the friendly chaps at the Derbyshire Rural Crime Team and the many challenges of their work in this part of the Peak District.

Once Upon A Time…

Once upon a time police officers – usually police men – lived in police houses in towns and villages dotted around the countryside. These structures, lacking in architectural imagination and which often stood out like sore thumbs in picturesque villages, were the home and office of the village constable and his family.

From here they could be pestered 24 hours a day and called upon to sort out everything from young Jimmy Jones’ predilection for things he hadn’t paid for to those funny goings-on round the back of the Red Lion of a Friday evening.

Miscreant kids would be brought to see PC Grumble for yet another clip round the ear in addition to the ones their dads had given them when they found out what they’d been up to. Gossip would become an investigation and, of course, they “never did that again” whatever “that” may have been.

Aah, the good old days, eh? And what a good job it is that obscure television channels keep showing those repeats of Heartbeat.

Well, time moved on and cops became scarcer. Those templated police houses were sold off to help balance the books and the village bobby became consigned to the past. Urban problems always jostled their way to the front of the queue for police resources as the countryside and its villages were in danger of becoming forgotten by Police HQ.

Or at least that’s how it felt, and villains were happily picking over the rural riches, of which there were plenty.

This isn’t some made up old folklore; it became the reality of modern-day policing until very recent times. But, as ever, the police are good at coming up with new ideas, even if those new ideas are the same ideas which were new a decade earlier!

Derbyshire is honoured to be the custodian of the lion’s share of the Peak District and the above scenario was painfully true. The Derbyshire Dales and the High Peak police sections were in need of some dedicated support for the problems associated with its ruralness and in 2017 the Derbyshire Rural Crime Team was formed.

It was a small team at first. Very small. In fact, it’s stretching the definition of the word team when it consisted of just two officers. But at least it got the things up and running and the support from the gaffers was heartening.

Finally, it was being recognised that a dedicated resource could begin to tackle rural criminality in those communities which deserved just as much attention as the towns and cities. Now someone could take a look at the wider crime picture over a large area rather than just record crime after isolated crime with little time or means to investigate them properly.

And our neighbours began to follow suit. Our colleagues in Cheshire and Staffordshire enthusiastically formed their rural crime teams and those nuisance county boundaries began to blur. After all, criminals don’t really acknowledge those lines on a map which, from a policing point of view, can be a huge hindrance.

One of the Peak District’s challenges from a management point of view is that it’s accessible to so many people. Assuming that a few will always choose to follow a criminal lifestyle, that also means that we’re never short of people nipping out from places like Sheffield, Stockport, Stoke and Rotherham to do a bit of thieving. Half an hour, and most of them can be back home working out what to do with their ill-gotten gains.

This remains one of the greatest challenges to the police, but it’s one which is being addressed more and more effectively with greater cross-border co-operation and the improved use of technology.

Our Derbyshire Rural Crime Team is now (2020) seven PCs, a sergeant and an inspector supported by a number of police support volunteers and special constables. That may sound like a decent sized team, but Derbyshire’s a fair sized county and we take on the responsibility of rural crime across its entirety. Anyone who’s visited Swadlincote and Glossop on the same day – and there must be someone out there who has – will confirm that it is an epic journey.

Our work’s very varied: thefts from farms – machinery and livestock; wildlife crime; crimes against our heritage sites; the issues between pro- and anti-hunters and shooters; caravans which mysteriously disappear overnight; poaching; illegal raves; misuse of rights of way. These, and more, are many of the things we take on.

It won’t be a surprise to know that much of what we deal with has never featured in generic police training. It has been, and still is, a steep learning curve with fast evolving innovation and, occasionally,  muddling through.

Some of our police bosses probably see us as a bunch of renegades practising a dark art form. This does have its advantages. It has enabled us to develop our team and the way we do our work in a relatively unhindered manner. We’ve requested all kinds of peculiar resources and been granted them, and we can confidently say that some of the resulting successes are down to that investment.

Frustrations and disappointments still come our way sometimes but we’re a keen team which seeks to turn these around for our continual improvement.

And it’s a job we’re all passionate about. We’re bumpkins at heart and feel genuinely aggrieved when our countryside and its communities are defiled by criminality.

How You Can Provide Priceless Help

But we can’t do it all on our own. The most important people out there in the fight against rural crime are the people; residents, visitors and workers alike. Without those thousands of eyes watching over its assets the Peak District would be a criminal’s playground.

When that van drives slowly through the village in the middle of the afternoon do you just watch it or do you treat it with mild suspicion?

Do you think nothing of it or do you perhaps make a note of its number?

Do you forget all about it or do you drop a message to the police?

You get the picture.

In these days of social media we have information sharing technology constantly circulating amongst us and this is one of the greatest policing tools we have. Of course, we need to exploit it efficiently and wisely, and we still need to get out there to patrol and be seen, but it is something which has become priceless when working in an area where there are so many hiding places and escape routes.

Criminals still get the better of us much of the time, but the risks to them grow ever greater as we continue to educate our public in the fine art of evidence gathering.

That said, there’s no need to be constantly looking over one’s shoulder, but the development of a healthy suspicion can never be a bad thing. It’s probably fair to remind everyone that we don’t actually inhabit lawless bandit country here in Derbyshire and that it’s one of the safest counties around, but every crime is one too many and that’s what we’re here to address.

If you’d like to find out more about us and our work you can get a good flavour of it through our Derbyshire Rural Crime Team Facebook page. We also attend a few events throughout the year and give presentations to groups of our target audience asking only for tea and biscuits in return.

So please take this thought away with you when you’re out and about in the Peak District: ask yourself why someone is doing what they’re doing. If it seems a bit dodgy then it probably is, and don’t forget to let someone know about it. 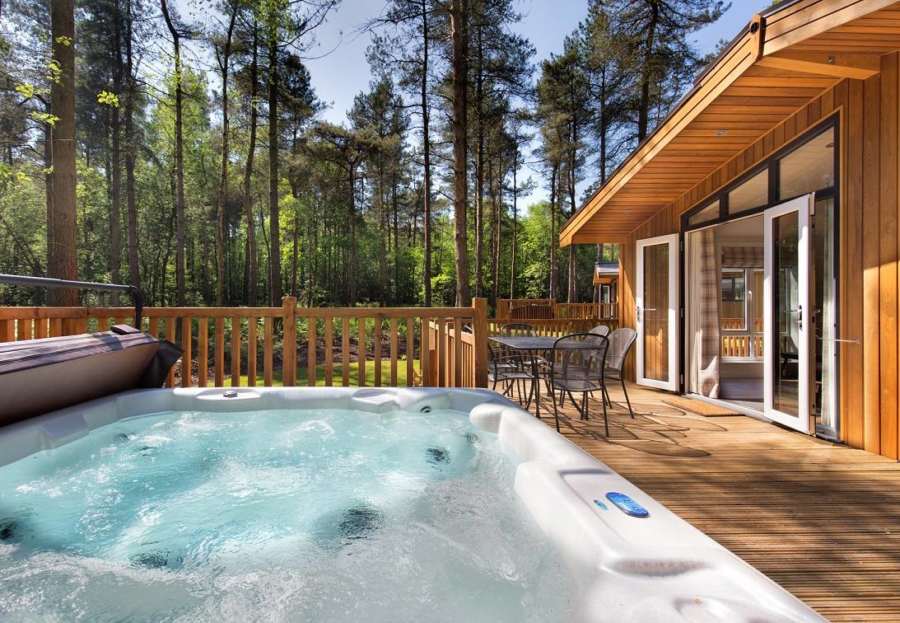