The Living Rug Company in the Staffordshire Peak District

Hello and welcome to my first blog on Let’s Go Peak District.

I thought I would do an introduction to who I am, and what my little business is all about in my inaugural blog.

I am from Yorkshire originally and I have moved about quite a bit.  I came to live in the Peak District about thirty years ago.  I now live in the Staffordshire Moorlands just on the edge of the Peak District and have lived here for just over ten years.  The farm is quite remote and is about 1,350ft high so the weather can be a real challenge sometimes.

We moved to the farm because I keep horses and wanted to have the animals at home rather than at livery.  The farm has quite a lot of land – too much for my horses at the time – so I bought a few sheep. I’d not really had much interaction with sheep apart from when I was a child and used go to my friend’s farm and feed the pet lambs.  I worked with horses for a while and sometimes there would be some on the farms that I worked at, and that’s about it really.

So I bought four Herdwicks just over nine years ago from a local farmer.  I immediately fell in love with them and their characters – and of course they had to have some names to match their personalities.

It didn’t stop there.  The following year I got more sheep which were going to end up for meat.  I remember the day I got the second lot of sheep.  It made me feel so good that I had rescued an animal from going to slaughter and could give it a home for life.  In fact I found it far more rewarding than giving a cat or dog a home.

At the time of bringing these sheep into our lives I had been busy with the renovation of the farmhouse.  When it was finished was at a bit of a loss with what to do with myself.  My husband ran his own business and whilst he likes living in the country he has no interest really in the running of the farm.  He works very long hours so I had a lot of time on my hands.

I never really had a profession except with horses/working on farms and then I became a housewife/mother, so was wondering what I would do with myself.

I wanted something which involved being outside.  I thought about the obvious idea: running a livery yard, selling hay or maybe converting a barn and running a holiday let.  None of these appealed and developed.  One day when the sheep were being sheared I noticed how lovely the fleeces were and wondered what I could do with them.  I previously been giving them away but they looked so good that I became determined to find a different way of using them.

I searched on the Internet for unusual ways to use fleeces and came across pictures of a felted rug that looked like a sheepskin but were in fact fleeces mounted to a wool backing.  That’s how it all started, The Living Rug Company was born from that. 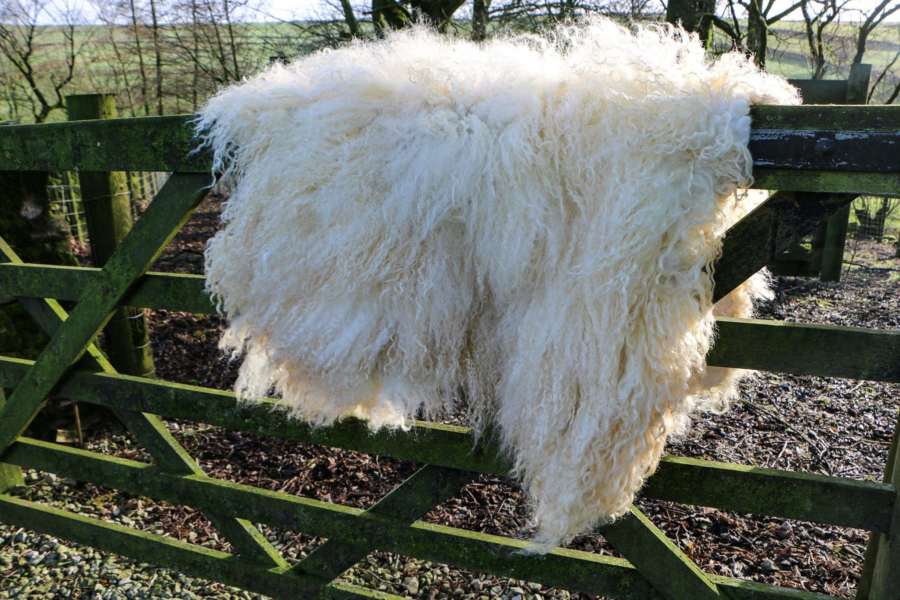 By this time I had over fifty sheep; some rescued and some given as a wedding anniversary present.  I built my website and put a few pictures on Instagram of the sheep and the rugs, and within a few months I had sold everything I had been able to produce.  This in turn gave me the money to cover the costs (food/vet bills etc) for all the sheep for the winter, plus buy some more sheep from market.

I then taught myself to knit, spin and weave, only because I didn’t have the time to go for classes.  The internet is a wonderful thing!  I also sent some of the fleeces not suitable for rug making to the wool mill to get some yarn processed.  I was then noticed by a feature writer on Instagram who wrote an article which appeared twice in Country Living, which gave my business a real boost. 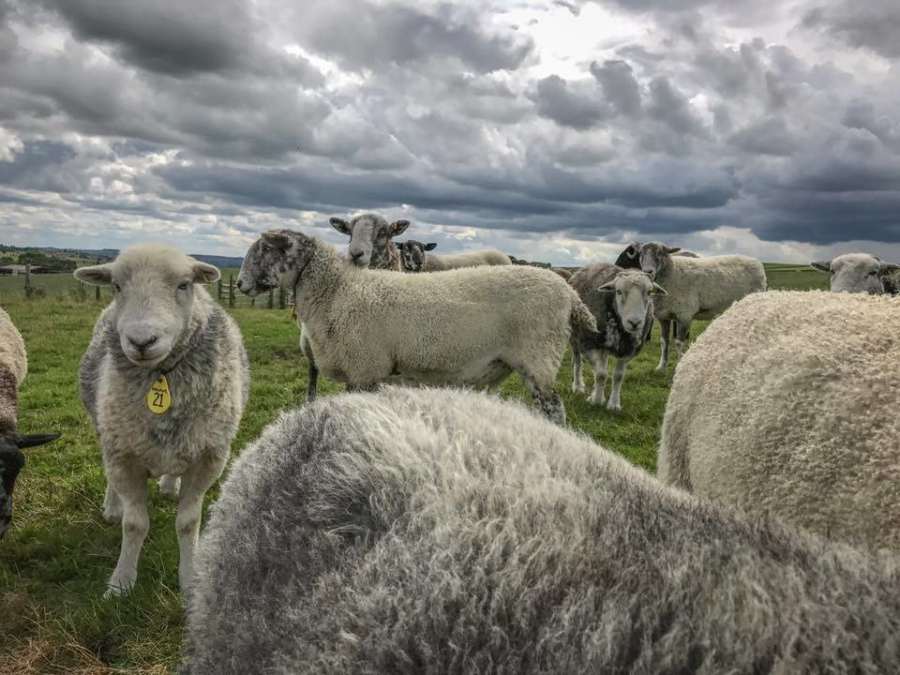 I now have seventy-two sheep and they are completely sustainable.  I take no wage/salary and return all the money from the products I make straight back to the sheep and the farm.

I was asked the other day what my business title/role in the business is.  I really am not very sure.  I have been called and used the role shepherdess/shepherd previously but that really does not fit me and they are far too many out there now.  I did think maybe I could be called a farmer, but I don’t really grow anything except hay.

Then the other day it came to me: I am a caretaker.  I care for my land – I harrow, roll and top and tend to the weeds; I care for my animals – I feed, water and look after them when they’re sick.  I care for their wool and make things to sell.  So I’m just a caretaker, which suits me fine.

The Living Rug Company – Tending to the flock

I am not one for blowing my own trumpet so writing a blog about yourself is quite hard for me.  Growing up and being raised in true Yorkshire fashion, you were not really encouraged to be too open about yourself as it was always seen as bragging.  Well at least it was where I was from.  So this blog will be a quite a challenge for me.  I really do hope you will find it interesting throughout the course of the year, when you can follow me, The Living Rug Company, and my flock through the ever-changing seasons on this Peak District farm.

The Living Rug Company has Instagram and Facebook accounts, with regular posts about the flock and life on their beautiful farm.  Please follow the blog posts here on Let’s Go Peak District, but in the meantime do check out their social media accounts, and their website – www.thelivingrugcompany.com – for more news and information.