The historic reservoirs of the Upper Derwent Valley

Ladybower Reservoir is one of three large reservoirs located in the beautiful Upper Derwent Valley, close to the village of Bamford, in the Derbyshire Peak District.

Ladybower Reservoir is the largest and newest of the reservoirs, the other two being the more remote but equally picturesque Derwent Reservoir and Howden Reservoir.  The three reservoirs between them cover almost 200 square kilometres and have a staggering combined capacity of 464 billion litres.

Ladybower Reservoir is perhaps the best known of the three reservoirs, partly because it is renowned for the drowned villages of Derwent and Ashopton that lie beneath its waters.  It is also the most accessible of the three, being close to the A57 and being well-served with walking/cycling trails, as well as a Visitor Information Centre, café and bike hire facility.

All three reservoirs are truly impressive feats of engineering.  Howden Reservoir and Derwent Reservoir were created when huge dams were built across the River Derwent.  The dams took 14 years to build between 1912 and 1916, using more than 1,000 workers.

Building the dams were such an immense undertaking that an entire town, known as Birchinlee or ‘Tin Town’, was built to house the workers and their families during the construction, with a school, a pub, shops, a hospital and a police station.  An entire railway line was also built to transport materials throughout the site.

The remains of Birchinlee can still be seen on the banks of Derwent Reservoir today, and sections of the railway track come into view when water levels are low.

Ladybower Reservoir was built between 1935 and 1943, and it took a further two years to fill.  At the time of its construction it was the largest reservoir in Britain.

The Drowned Villages of Ladybower Reservoir

Two small but thriving Peak District villages were flooded in the process of building Ladybower Reservoir – Derwent and Ashopton.

Derwent had twisting streets of pretty cottages, alongside which the River Derwent flowed under stone bridges.  It had a small but tight-knit community, with a number of houses and a school.  The village church of St John and St James was built in 1757 and seated 140 parishioners.

Derwent also boasted a graceful country manor house, Derwent Hall.  Built in 1672, Derwent Hall was an impressive building.  At one point it was owned by the Duke of Norfolk, and stood in magnificent gardens with ornamental trees and a large fishpond.

Ashopton was larger and busier than Derwent, being located on the main road between Sheffield and Glossop, and standing at a crossroads where a journey could be broken.  It had a large, bustling coaching inn, The Ashopton Inn, which was just as popular with visiting tourists as it was with local villagers.

Ashopton also had a Post Office and General Store, a Wesleyan Methodist Chapel, a garage and numerous pretty stone houses and farms.  Its industry was largely based on farming and an annual wool fair was held in the village every July.

The buildings of Derwent and Ashopton were purchased compulsorily by the Derwent Valley Water Board between 1935 and 1945, despite much local opposition.  The villagers were moved on and rehoused close to the village of Bamford, the bodies of their relatives were exhumed from the churchyards, and all the buildings were reduced to rubble.

The church of St John and St James in Derwent held its final service on 17 March 1943.  The final service at the Wesleyan Methodist Chapel in Ashopton as held on 25 September 1939, with the last hymn reportedly being ‘The Day’s Dying in the West’.  The chapel was demolished in 1943.

The remains of both villages disappeared under the waters as Ladybower Reservoir was filled in 1945.  After the demolition of the church of St John and St James in Derwent, its graceful spire was left intact as a memorial to the village.  For more than a year the spire rose eerily out of the water, until it too was demolished in 1947.

Not all buildings in Derwent were lost forever.  Indeed, a few houses above the water line still survive to this day, including a number of farms.  There is still a civil parish of Derwent, although at the 2011 census the village population stood at less than 100.

The beautiful 17th Century packhorse bridge that once spanned the River Derwent close to Derwent Hall also still stands.  It was removed stone by stone when the Hall was demolished and rebuilt at the head of Howden Reservoir in 1959, in an area known as Slippery Stones.  It is now a Scheduled Ancient Monument.

In 2018 the water levels of Ladybower Reservoir fell so low that the ruined village of Derwent could be seen once more, its secret streets re-emerging from a watery silence almost 100 years after it was drowned in the creation of the reservoir.

For more information and a view of the ruined buildings, have a look at our video filmed on location at the time…

The dams at Howden Reservoir and Derwent Reservoir are also well known for being the site of the practice bombing missions for 617 Squadron (known as The Dambusters) before their attack on the Ruhr Dams in Germany in 1943.

The 1954 film ‘The Dambusters’ was filmed in part on location at Derwent Reservoir, and the Upper Derwent Valley sees regular flypasts from the Lancaster and Spitfire bombers of the Battle of Britain Memorial Flight.

Today, beautiful Ladybower Reservoir receives over 2 million visitors per year. They come to walk or cycle around its peaceful shores, marvel at the impressive dams and fish in its clear waters.

Many people also come to admire the well-known Ladybower Reservoir Plugholes. There are two ‘plugholes’, actually called bellmouth spillways, each 80 feet in diameter. They’re there to divert flood water from the reservoir safely under the dam and into the River Derwent. Each plughole discharges into its own valve house at the base of the dam. As the water runs through the valve houses it goes through two hydro-turbines which generate electricity.

The Ladybower Reservoir Visitor Centre is known as Fairholmes Visitor Centre. It’s managed by the Peak District National Park Authority and has a small gift shop, a takeaway food kiosk and toilets, as well as a range of information boards about the area.

Ordnance Survey recently voted Ladybower Reservoir one of the Top 5 Places in Britain to start a walk, and it’s certainly very high up on our list too!

Why not follow one of our Let’s Go Peak District walks in this lovely area? All of our walks have full directions and are free to download. 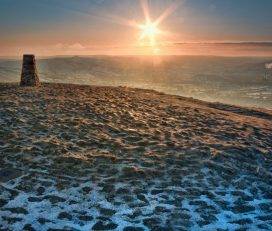 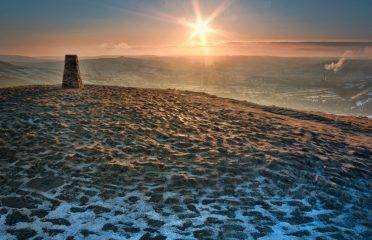 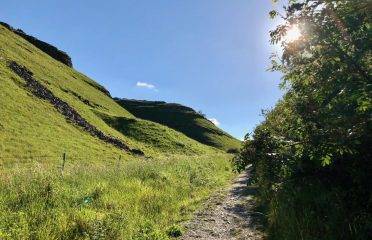 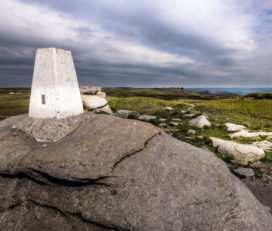 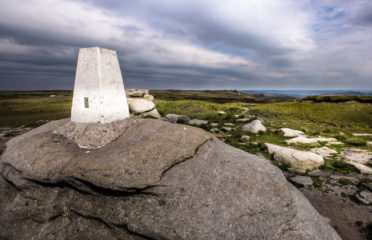 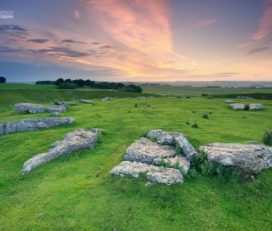 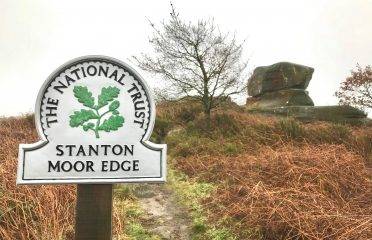 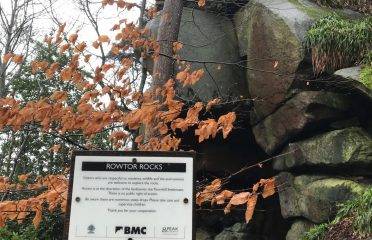 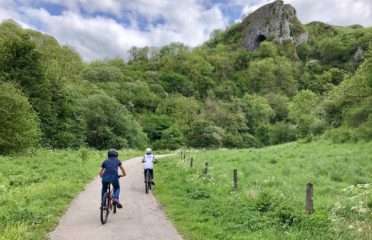 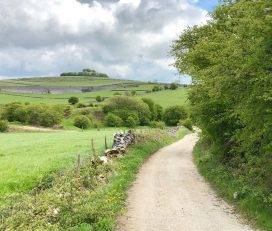 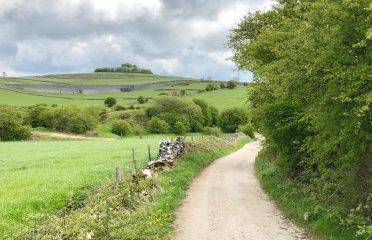 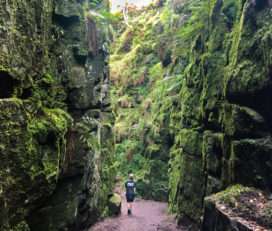 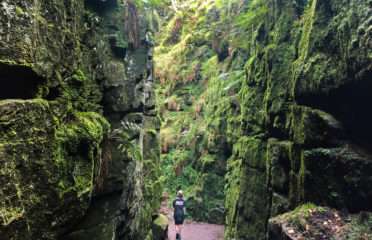 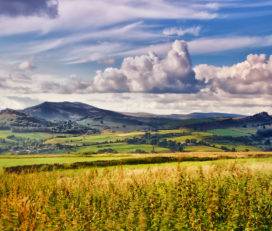 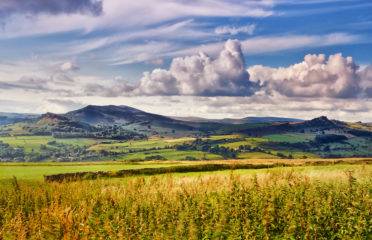 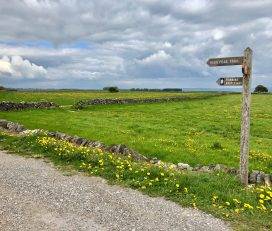 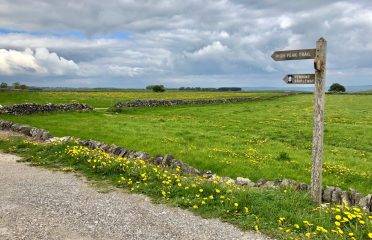 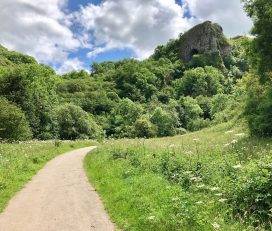 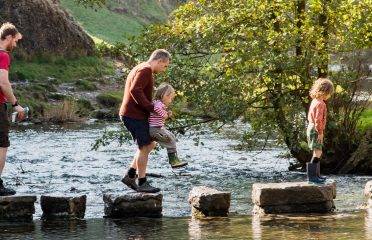