Wayside Crosses of the Peak District

Wayside Crosses of the Peak District

The landscape of the Peak District is scattered with ancient wayside crosses, chanced upon on windswept moors miles from civilisation, or hidden deep within woods. The majority date from the 9th to 15th Centuries, and they served two important purposes.

Firstly, and obviously, they reinforced the message of Christian faith in those who passed them; the church was a powerful force in the lives of everyday people during the Middle Ages and church rituals marked life events from cradle to grave.

Secondly, they served as vital waymarkers or landmarks, especially in otherwise unmarked terrain. The Peak District moors and hills are often difficult enough to navigate in modern times with reliable mapping and GPS devices, but the tinkers, jaggers, pedlars and salters who travelled the countryside in medieval times had to make perilous journeys to carry out their business without such assistance. The areas were often lacking in natural topographical landmarks too, especially in areas of open moorland, so these waymarkers would have served an invaluable purpose.

There are fewer than 400 wayside crosses now recorded in England, and most are located in the south-west and on Dartmoor, so those in the Peak District are particularly precious and important as insights into the region’s history.

A particularly fine example of a Peak District wayside cross is Edale Cross, located below Kinder Low in Derbyshire. It stands on the boundary between Hayfield and Edale next to the ancient moorland track between the two villages. Its location also marked the edge of the former royal forest of Peak Forest.

Edale Cross is made from local gritstone and is quite coarsely carved. It is thought to be medieval in date, most likely placed by the Cistercian monks of Basingwerk Abbey at the edge of the land in Derbyshire they received from King Henry II in 1157.

Although the date ‘1810’ is inscribed on the cross, this is quite possibly the date of a survey of the cross carried out by those whose initials are also cut into it: WD, EH, JH and JS. An alternative explanation is that the date and initials relate to farmers who found the cross buried in peat after it had been dislodged from its original position and reinstated it.

Another intriguing medieval cross on the Peak District moors is Hope Cross, located on the old Roman ridgeway now known as Doctor’s Gate in the hills above the village of Hope. This road was most probably used originally to link the Roman forts at Brough (Navio) and Glossop (Melendra).

Hope Cross stands about 2 metres tall, imposing in the landscape, made from local gritstone. Although it would originally have been a cross, it has been altered at some point throughout the centuries to be a guidepost. It is topped with an overhanging square capstone, with the inscriptions Shefield (sic), Glossop, Edale and Hope carved into the four sides.

It has the date 1737 carved into it but, as with Edale Cross, it is thought likely that this was the date of a restoration. Its position on the road indicates this route was used for more than local traffic up until at least the 18th Century.

There are many other notable examples of wayside crosses of the Peak District.

On the north-western gritstone moorlands close to Charlesworth you’ll find the wonderfully-named Robin Hood’s Picking Rods, a wayside marker and boundary cross located together on an ancient route heading to Cown Edge Rocks.

The cross shafts consist of two gritstone columns into which the letters ‘N’ (for North) and ‘S’ (for South) have been carved for the convenience of travellers crossing the moor. It is difficult to date but similar crosses from other locations near the old Derbyshire/Cheshire county border have been attributed to the Anglian and Anglo-Scandinavian periods.

Not far away from Robin Hood’s Picking Rods, on the edge of Whaley Moor, you’ll find the Dipping Stone, a good example of an early medieval wayside cross that also functioned as a boundary marker. The origin of the name Dipping Stone is not known, but it is likely to refer to the tradition of baptisms being carried out at the stone.

Also worthy of note is New Cross on Bradfield Moor in the north east of the Peak District. This medieval wayside cross still has its original socket but the cross head is now sadly missing. Given the size of the shaft and base it would very probably have been a substantial monument, visible for miles around. This suggests that the cross marked a former packhorse route across the moor.

The Wayside Crosses of the Eastern Moors

Perhaps unsurprisingly, given their use as waymarkers in areas devoid of natural landmarks, there are also many crosses located within the Eastern Moors of the Peak District.

The cross in Shillito Wood is a well-preserved example of a simple wayside cross still set in its original position, albeit it now stands within woodland whereas it would originally have been out on open moorland. It is one of a pair, the other being on the other side of Fox Lane, approximately 450 metres away. Fox Lane is known to follow an ancient route across Ramsley Moor.

Sillito Cross is made of chiselled sandstone, set into a rectangular base. It stands over 2 metres tall, and the cross head is largely intact.

On Leash Fen you’ll find the simple but well-preserved Whibbersley Cross, a roughly-chiselled gritstone wayside cross set into a rectangular base. It may also have served as a boundary cross marking the estate of Beauchief Abbey.

At an ancient crossroads on Big Moor you’ll also find Lady’s Cross, a reasonably well-preserved example of a finely dressed wayside cross set in open moorland. It also served as a boundary cross marking the edge of the Beauchief Abbey estate.

Also on Big Moor in the Eastern Moors of the Peak District you’ll find a waymarker at Bar Brook, standing next to an ancient clapper bridge over the water. A simple, rough-hewn gritstone waymarker, its primary function was undoubtedly to mark the location of the bridge for travellers crossing the moor. The cross head is no longer in place, most likely destroyed through damage, although there is evidence on the shaft that one did exist.

Clapper bridges were constructed and used from around 1400, designed to carry trackways across rivers or streams using flat slabs of rock either resting directly on the river banks or supported on drystone columns. The clapper bridge across Bar Brook is a well-preserved example on an ancient route across open moorland. Its association with the wayside cross adds to its historical importance. 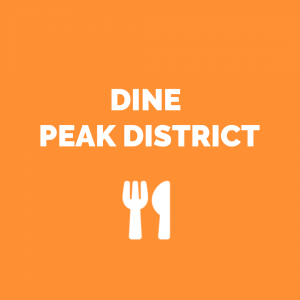 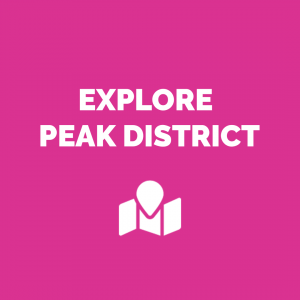 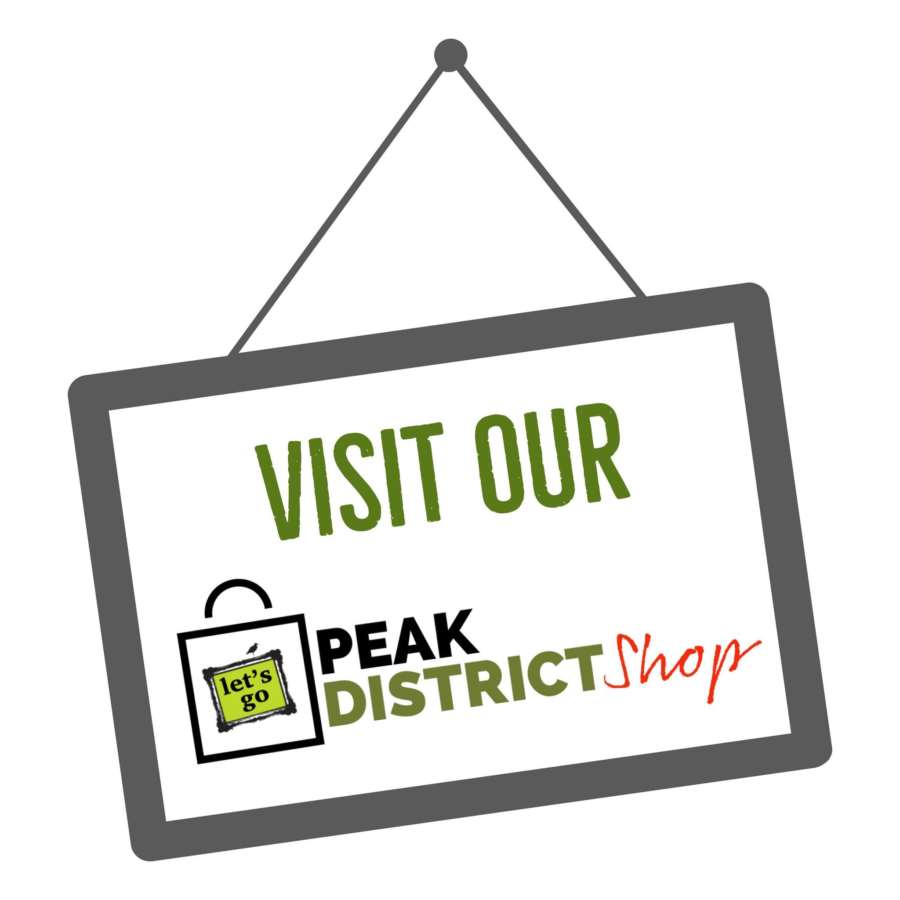